All posts in Listen

As Trees Walking
Without clear definition or outlines: Indistinctly, Obscurely. This was actually the last piece written for the record although not the last one completed. I laboured over this one for a long time. It was without title and I was trying to get into the space of what I thought the onset of Alzheimer’s would be like. You’re going merrily along the path and all of a sudden, though you can’t put your finger on it, you sense something is amiss! You return to life in normality only to discover that the lines blur time and time again until there are no lines. In searching for a title for this piece, I thought, the study of trees. I went in search of the word for the study of trees and found As Trees Walking instead. I couldn’t have found a better title. By the way, the study of trees is Dendrology. Thanks to my friend Alan Murphy for that one.

Listen to As Trees Walking

Cry
This was written at 2:30 in the morning. Couldn’t sleep. Came into the studio, put Pro Tools into record, sat down and played the piece. What you hear is what I did. I thought is was a little long and needed a little more dimension so I added some strings. I used mostly “real” sounding stuff at first and I must say it was a pain in the ass trying to orchestrate all the different sections. In particular, the Oboe and Viola. In the end I thought it was a little cheesy as samples in the orchestral world just don’t seem to cut it. I added just a little “synthetic” orchestra and at least for me, it came together. Joe Curtis summed this one up as the birth of his son and the death of his father. Exactly what I was feeling when it went down.

Ketamine
Ketamine is a drug. A “real” drug. One you don’t play with. K, as it’s called, was developed in the 1960’s as an anesthetic. They stopped using it when they discovered that it had great post surgery hallucinogenic qualities in a large percentage of patients. John Lilly, a neuroscientist, made good use of it. He would inject himself sometimes every hour for twenty hours a day! He eventually began to believe he was a time traveler from the year 3001. His friends and loved ones tried to bring him back to earth but he ended up checking into the psychiatric ward instead. The relevance of Mr. Lilly is that he spent a lot of time doing drugs and dunking himself into sensory-deprivation tanks. If you’ve ever seen Altered States (an early eighties film with William Hurt), that would sort of sum things up. Nevertheless, when I was putting this thing together, I was trying to assimilate, from an audio perspective, what it must have been like in the tank, floating in the water thinking you’re from another planet. See the movie, listen to Ketamine. You’ll get the point.

A Darker Side of Life
This one is about cutters. People who like to cut themselves. If you live in that world, it’s really not a strange place to be. But to most, it’s a little hard to comprehend. I wanted there to be a certain amount of tension, but a different place kind of tension. I also wanted to have a sense of humor and a twist into a downward spiral so the dialogue revolves around a pair of cutters who have gone their separate ways. She is in some foreign country and he is still in North America. Lori Stefaniuk gave me her voice for this piece and she grabbed the character wonderfully. She is bored with the whole cutting thing and has gone on to a darker place while he is still enjoying a good slice. He tries to pull her back into the cutters world but as she states, “You’ll need to cut deeper”

A side note. This was the first piece written for the record. It started out as the music to replace the Philip Glass music which was set in the Mitch Dorge, Downsampling Perception video. It was 13 minutes long and quite frankly, boring. I liked it at the time but after putting it in with all the other material, it sucked big time. So I went in with a chain saw and cut it up good. I was hating it more and more until I stumbles across the phone sample. I came across the sample while looking for something else. Then it all came into focus. I’m happy where it ended up.

Listen to A Darker Side of Life

I’ll Always Love You
This was written for Cemetery Love Story. After watching the film a few times I came up with some lyrics that I thought summed up the main character, Jane, Played by Tracy Penner. I wanted it to be a nice twisted ballad with some real wacky middle section. It would have been a 19 minute film with a 13 minute theme song. Not a great idea, so I whittled it down to two and a half minutes. It worked great in the film. Renee Delaurier sings this one and a fine job she did. She brought exactly what I wanted to this piece. It will also be found on the Cemetery love Story project which will continue upon Renee’s return from Taiwan. We’ve got another one called “It’s Dark In Here” also sung by Renee and once again, she brought exactly what was needed. Anyway, back to I’ll Always Love You. I knew I’d get back on the “mid section” of the song sooner or later and now was the time. I had my long time friend Gilles Fournier come in and play his stand up bass for the piece. I thought I’d get him to play once through and that would be that but he was having some fun so we ended up going 3 times around. I could have used any one of the takes but I decided to use all 3. It worked out wonderfully and once again, I can’t thank him enough. He took what I wanted and brought it up a notch! So, I’ll Always Love You appears twice on the record. The first is the 13 minute extravaganza and the second, immediately after is the original two and a half minute version from the film.

Some of the Technical stuff
Everything was recorded into Pro Tools. My main keyboard and sound source is a KURZWEIL PC88 with a K2500RS. Apart from whatever sounds used, sampled or manipulated in the K2500, I use ILIO’s Distorted Reality Disks as well as the Sweetwater Piano Library disk. Everything recorded Acoustically is recorded with AKG microphones. AKG has been very helpful in pointing me in the right direction to get the quality I was looking for. For the record, Renee sang into an AKG C12VR, I also used this mic on Gilles Bass. The other most used mics on the album are the AKG C414 B-ULS and the AKG C451B.

Although a cymbal appears only once (in Ketamine) dropped 3 octaves in pitch and reversed. It’s a Sabian.

I did record some drum stuff but ended up not using it as I thought it just didn’t fit in with the over all feel of the record. You’ll find what I did on the Cemetery Love Story record. They were Pearl Drums and they were recorded with the C414’s overhead only. I’ll cut and paste this with the credits for that record.

The Art work?
The 3 photo’s inside the fold were taken by me in San Francisco in 1996 or so. Can’t really remember the date but I think that’s close. I was actually going to take pictures of Alcatraz but found this little closed in park chalk full of these pigeons. I was lucky to catch the scene with the man on the bench. I think it says a lot. The cover photo was taken at the same time at the same place. All the pigeons were just hanging on the roof top and I thought it looked kind of neat, something to take a picture of I guess. Just as I was about to snap, an old lady started barking at me about how people come and take pictures of the birds and how they never seem to bring them food. When she started wailing on me the birds took flight and I was lucky enough to catch the shot. It’s not what you might call a great shot, but I liked it. The other two shots were taken by Monique, my wife. I don’t know where, Canada or New Zealand but they work. It was all put together for me by Kerri-Lynn Wilkinson @ Neuhaus. I thought she did an excellent job of interpreting what I wanted. I should think Callum will double her pay.

Who not to thank 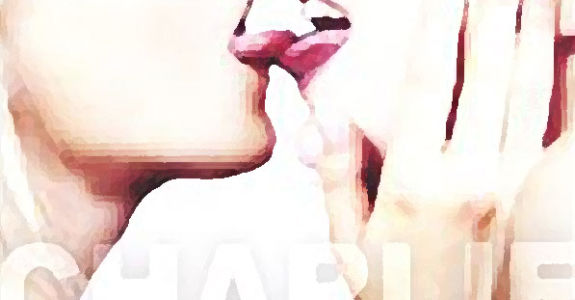